Gaeta is a splendid seaside resort in the middle Tyrrhenian Sea, with an extraordinarily temperate climate and rich in bathing and tourist facilities, notable historical, religious, monumental and naturalistic emergencies. There are ample opportunities for nautical tourism, which makes use of the structure of the Flavio Gioia Nautical Base. It can be reached from the north, along the Litoranea Flacca, after passing a series of tunnels where the rocks, overhanging the sea, open up into beaches, coves and enchanting bays (or from the south, after crossing Formia). Gaeta has, to the west, seven beaches: S. Agostino, S. Vito, Arenàuta, Ariana, 40 remi, Fontanìa, and finally – but we are already in the urban fabric – the wide beach of Serapo.

To delimit each beach a mountain spur: S. Agostino, Fontanìa and Monte Orlando, on which soar coastal towers, Scissura, Viola and S. Agostino.

The urban texture of ancient Gaeta is typically medieval. Alleys, walkways, two castles (Angevin and Aragonese), Norman bell towers, ancient walls form the district of S. Erasmo, full of churches: the Cathedral (with annexed Museum), the Churches of SS.Annunziata, of S. Giovanni a mare , of Sorresca, of S. Domenico, of S. Lucia, of S. Francesco, of S. Caterina d’Alessandria, in addition to the Sanctuary of the SS. Trinity on Mount Orlando.

More recent is the Borgo or Spiaggia, formed on the initiative of fishermen and small farmers, which takes place along the narrow, characteristic via Indipendenza, full of shops, moods and colors. Between S. Erasmo and the Borgo, the post-war settlement, with the Municipality, the ancient Nautical Institute “G. Caboto” and the residential and hotel area gathered around Serapo beach.

From the medieval quarter of S. Erasmo you can access the “Regional Urban Park of Monte Orlando” and the adjacent sea is declared a Blue Oasis managed for scientific and educational purposes by the WWF. Inside the Park, in addition to the flora and fauna of undoubted interest, the Mausoleum of L. Munazio Planco and other vestiges bear witness to a warlike and glorious history. 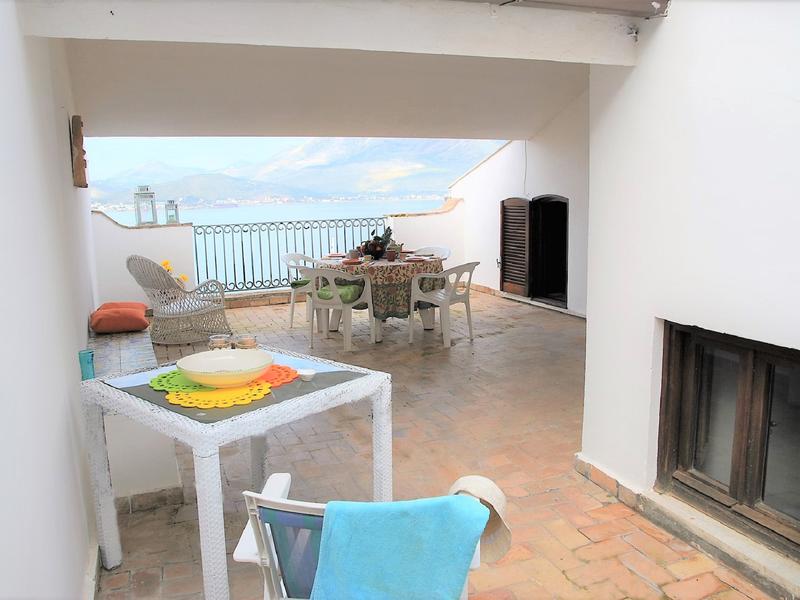 Apartment located in the historic center of Gaeta with the access in the Medieval Village with a panoramic terrace overlooking the Gulf of Gaeta and the magnificent monuments. 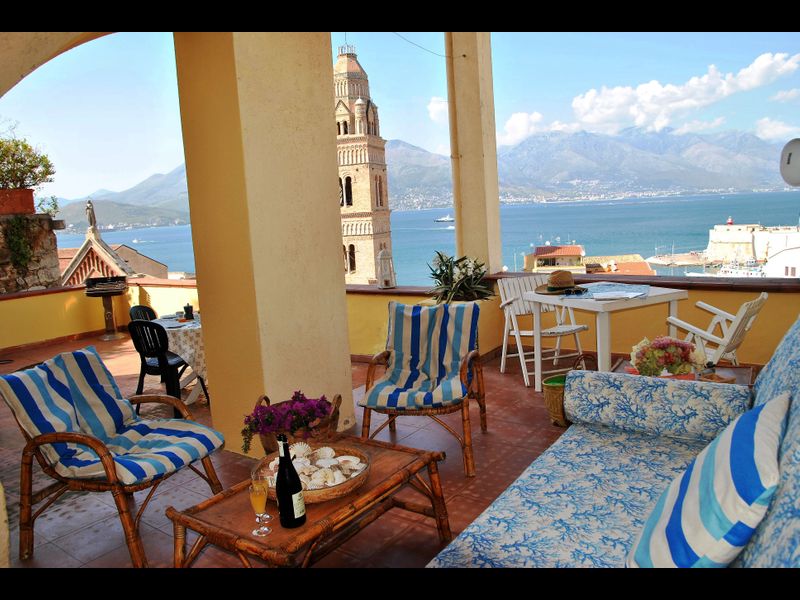 3-bedroom flat in the historic centre of Gaeta with independent access and large panoramic terrace overlooking the Gulf of Gaeta.

Beds: 3 Guests: 6 Bath: 2
from €120 per night
We use cookies on our website to give you the most relevant experience by remembering your preferences and repeat visits. By clicking “Accept All”, you consent to the use of ALL the cookies. However, you may visit "Cookie Settings" to provide a controlled consent.
Cookie SettingsAccept All
Manage consent

This website uses cookies to improve your experience while you navigate through the website. Out of these, the cookies that are categorized as necessary are stored on your browser as they are essential for the working of basic functionalities of the website. We also use third-party cookies that help us analyze and understand how you use this website. These cookies will be stored in your browser only with your consent. You also have the option to opt-out of these cookies. But opting out of some of these cookies may affect your browsing experience.
SAVE & ACCEPT